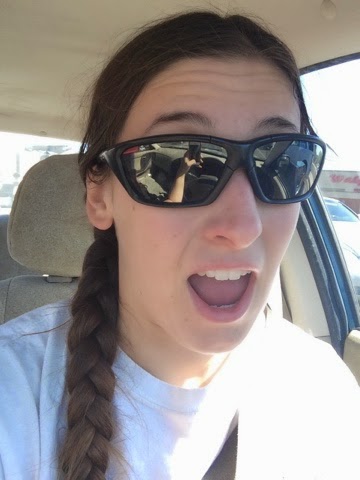 I found myself with a bit of spare time, so I thought I'd write something in here today.

The past few weeks have been interesting in terms of training. I had Spring Break and got a lot of good training in (I posted all about it in my last blog). I was running, biking, and swimming - even getting back into a yoga routine. I hit some PRs for 2015 in terms of power and running too!

And then I got sick.

Two Mondays ago, I woke up feeling okay, and got worse and worse as the day progressed. Cooking dinner was an effort. On Monday night, I woke up around 11PM with a splitting pain in my ears, nose, and face. I was in so much pain, I couldn't get back to sleep until nearly 2AM. I somehow managed to make it through the day on Tuesday, and decided I'd go to school on Wednesday. School lets out at 11:30 on Wednesdays, and I send my students to the computer lab at 10:30. So I had to make it through two hours with my kids. I could hardly hear anything, and I wanted to curl up under my desk and sleep.

I visited the Walgreens clinic after school was over, and I was immediately diagnosed with a sinus infection. The lady at the clinic took one look at me and said, "Oh, you're sick." No shit.

I was given 20 gigantic antibiotic pills and instructed to take them twice a day. I hadn't done any exercise in six days.

By Saturday (04/04) I was feeling more like myself. With the OV Tri coming up, I needed to at least experience what a long course swim was like. I drove the 22 ridiculous miles to get to the pool, and went for it. I did an 800m straight swim. Nineteen minutes! It's pretty slow, and I definitely took it easy, but I had never gone that long before, and I was recovering from my infection...and apparently antibiotics can do weird things to your heart rate. The worst part about the swim was that you have to swim over the scuba and diving section, so at certain points in the swim it's super deep. I hyperventilated a few times, which I suppose will closely mimic race day.

I've discovered that swimming requires some of my yogi skills. To keep calm and not wear yourself out, just count and focus on breathing. Obviously, with me being the only one in a single lane, it's a lot easier to do that than in a serpentine swim with a hundred people in the pool, but I think the concept holds true. If I can keep as zen as possible for as long as possible, I won't have trouble next weekend.

My run on Tuesday was pretty successful too. I was pretty slow, but I felt good running. A lot of the time when I run, I get this super awful feeling and I end up walking for five minutes at a time. I actually feel like I have more than one running speed now. I can turn it up or cool it down. When I started back my training in January, I had one speed - and it killed me. I still can't run 5k straight, but I can come pretty close, and I'm not miserable by the time I'm done.

Wednesday, I got to ride with my best friend and her boyfriend. They both just bought brand new Cannondales, so I convinced them to climb Lemmon with me. They made it about half a mile from the base, and let me keep going.

I've been training for the hill climbs this past month. My goal is to do Lemmon at least once a week through September. I'm a decent climber for my body type, but if I want to win some of these hill climbs coming up, I need to step up my game in a major way (and lose ten pounds). I've PRed up to Windy a couple times since the start of March, which is awesome. I tend to push it up to Molino and then crawl my way as high as I can go before wanting to puke. I've learned to be more steady and push through the agony - and sore lady parts.

Today, I did some recon for the tri next week. I did the bike course (2 laps up in OV). I'm feeling pretty confident. I'm not quite as fast as I'd like to be, but there isn't much I can do now. I should end up with one of the faster bike times of the day. I hope. I pray.

My run still isn't where I need it to be. I think I'm still a better runner than I was when I did my tri last year, but it's going to be a miserable three miles!

I don't have any super interesting pictures from my training the last few weeks, especially since I've been taking it easy, but here are a couple moderately interesting selfies. 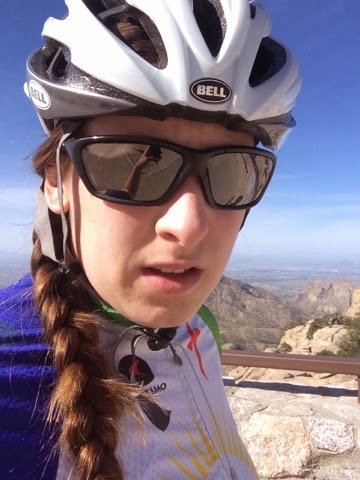 My sick (both in health and awesomeness) ride up to Windy Point last weekend. 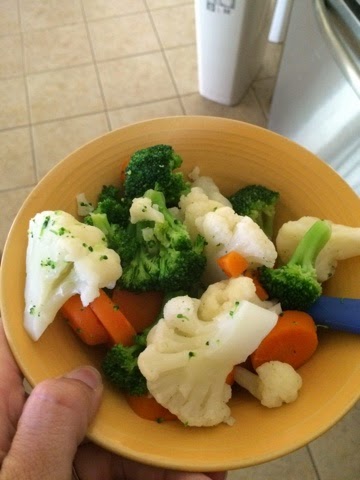 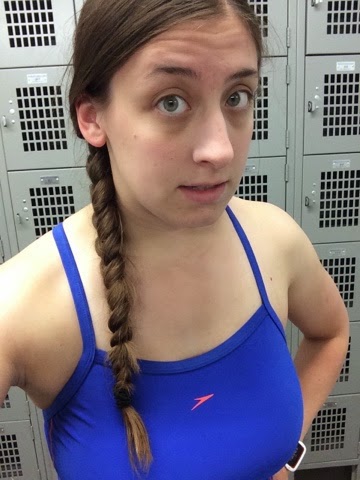 At the OYL Fitness Tri Kickoff swim. Got to practice a serpentine swim and "drafting" a swimmer in front of me.
Posted by Andrea Gonzales at 11:28 AM