So this week, I gained a pound. I need to stop eating so many Peanut Butter M&Ms. I haven't been quite as diligent in terms of riding/running either. Just once a week.Two weeks in and I'm already getting lazy.

Yesterday after my ride, I fixed my Strava. For some reason, when I uploaded my rides through my Garmin 500 to Garmin Connect, it also made a duplicate ride on Strava for like...50 rides. It gave me a chance to go through all of my old rides. I was riding like...five times a week...and racing every week. I really miss it. I definitely want to keep working on getting back into that shape again. I kicked serious cycling ass back then.

I think part of it was my fear that even though I got better, I wouldn't be able to win. I'm super competitive, and it turned into more of a, "what if I keep losing?"- type experience. Not trying was easier.

Anyways, to sum up, I don't want to be that person. I want to be riding three times a week, even though it might hurt and cause extreme tiredness.

Yesterday's team ride was up Mt. Lemmon. I averaged the lowest speed that my Garmin has EVER recorded. Luckily, I felt great, despite the slowness. It's a good start, because I plan on tackling the Lemmon TT and the Snowbowl HC in June. Strava has a cool feature where you can view your segment history as a scatterplot graph.

Below is a shot of me trying to take a damn picture at Hitchcock (~milepost 12). The sun was funky, and I missed the sign. It was a VERY chilly ride! Viking Blood is back! I descended that damned mountain with toe covers, a wind vest, and gloves. Also, the offline access on Spotify Premium is SWEET. I sang along to "Let it Go" in between miles 10-11. 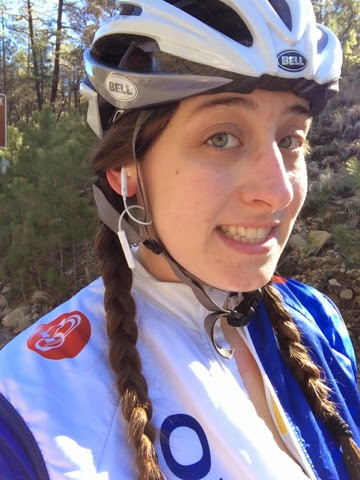 I'm still doing the Commit to You 2015 on GaiamTV. The past few days have been more kundalini. Combined with the cycling, all of the squatting has been ridiculously painful. I had to stop some of the more thigh-intensive stuff, because my hamstring muscles couldn't move without intense pain. Things are a little better now, but I'm a little disappointed I couldn't ride today.

Also, this past Monday, I joined the Tucson TriGirls! These ladies are awesome. I signed up for their TriCamp next month too! Super excited to meet some women to give me running and swimming advice...and possibly recruit some women for Tolero Racing. I'd love more women to race with... 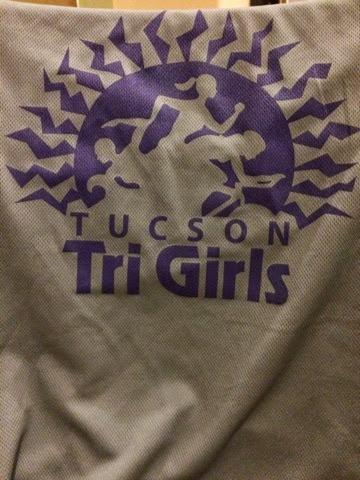 Next weekend is the Race Promoter's Summit put on by ABRA, followed by the WoCAA Party. I'll be spending the night in Phoenix, and then doing Race Against Time the next morning. I think. I'll get to use Mike's Zipp 808 and his powermeter, so I'll be in full gear. I need to make a decision this week. Hmm.

Anyhoo, those are my thoughts. My belly is full of tortellini and green beans. :)